Meet the Directors of STEPS California!

Lauren was born and raised in Mendham, New Jersey where she won 3 State Sectional Championships, 2 County Championships, and 2 Conference Championships as a player for Mendham High School. She went on to play at Rowan University where she won 1 Conference Championship and made 3 Division III NCAA tournament appearances. Originally a defensive midfielder, Lauren was forced to miss her sophomore season due to illness before returning to the field her junior year in a new role as an attacker. During her senior year at Rowan, Lauren was the team leader in assists and the co-leader in overall points.  She graduated from Rowan with a Bachelor of Science in Finance and later earned her Masters in Education.

Immediately following college, Lauren began coaching youth, high school, and club lacrosse.  She spent six years coaching club lacrosse for STEPS Elite in NJ and high school lacrosse at Oak Knoll School and Mendham High School in New Jersey.  She has also won both state and conference titles as a coach. Since moving to California in the Fall of 2016, Lauren has been involved in coaching at the youth, high school, and club level. She is currently the Girls Director at Ross Valley Lacrosse Club and the head coach at Redwood High School.

Growing up in Baltimore, lacrosse has played a large role in Erin’s life as a player, coach, and more recently as a club administrator.  Erin has coached youth lacrosse for 15 years on the East and West Coasts, introducing brand new players to the game as well as coaching club players committed to top collegiate programs. While in graduate school, she coached at the high school and collegiate club level.
Erin brings considerable experience in club management and will lead operations for STEPS California. She also led outreach and evaluation efforts for a large club program based in California and currently serves as the Executive Director of the San Francisco Lacrosse Club.  While lacrosse consumes a lot of Erin’s free time, she continues to work as a Senior Research Associate for a company based in Washington DC. She also teaches undergraduate and graduate research and psychology courses as an adjunct professor. Erin looks forward to bringing her professional management and club lacrosse experience to her new role at STEPS.  As for coaching, Erin is looking forward to coaching a STEPS California team in addition to being the head coach at St. Ignatius.
Karen Silcott – Director of College Recruiting
email: karen@stepslacrosse.com
Originally from Freeport, New York, Karen spent 8 years as the Head Coach of Division 1 Bryant University before moving south to start her family and begin working in youth lacrosse.​  At Bryant she led the programs successful transition from D2 to D1 and while they were not eligible for the conference tournament during her tenure, she finished the regular season in 2nd place in just their third year of Division 1 play.  Prior to taking the reigns at Bryant, Karen served as an assistant coach at the University of Massachusetts and as a program director for Metro Lacrosse in Boston, MA.
Karen played college lacrosse at Syracuse University. She was a top recruit on the inaugural Women’s Lacrosse team at Syracuse. Karen  earned Regional All American honors as a midfielder in both her freshman and sophomore years.  Three knee surgeries were a major blow to her career but she fought back and after a brief stint as a goalie, moved back on to the field earning 2nd Team All Big East Honors as a defender in her senior season.  Karen currently serves as the Girls Director at Firehawks Lacrosse Club. 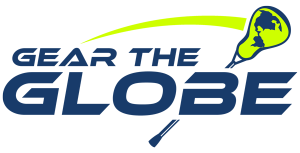